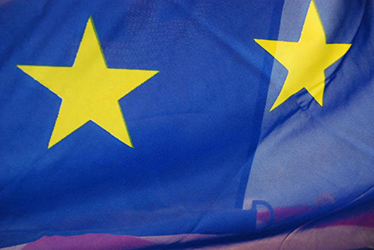 Six years of no to the EU in Iceland

Every opinion poll published in Iceland in the last six years has shown that a majority of Icelanders oppose membership of the European Union. The Icelandic government has also told the EU that the country does not want to join the EU. In TEAM we understand very well the Icelandic no to the EU. The no to the EU is an advantage for the democracy. For the rest of us Iceland is also a living example showing that it is possible to cooperate internationally without giving into the EU supranational powers. Congratulations Iceland! Click here to read more...

Iceland is a member of the European Free Trade Association (EFTA), a grouping of four non-EU European countries, and is also part of the European Economic Area (EEA). Through the EEA, Iceland participates with a non-voting status in certain EU agencies and programmes, including enterprise, environment, education (including the Erasmus Programme) and research programs. Iceland also contributes funds to "social and economic cohesion" in the EU/EEA. Iceland also frequently consults the EU on foreign affairs and frequently aligns itself to EU foreign policy. Iceland also participates in EU civilian peacekeeping missions. Iceland is a member of the Nordic Passport Union and the Schengen Area, which now is under EU law, as a non-voting participant. Iceland's participation in the Schengen Area allows free movement of people between Iceland and the rest of the Schengen Area. Iceland also has membership of the Nordic Council. Iceland on the 12th of March 2015 announced it was dropping its bid to join the European Union, in line with pledges made by its Eurosceptic government after its election two years ago. Curerency: Icelandic króna Population: 328 455